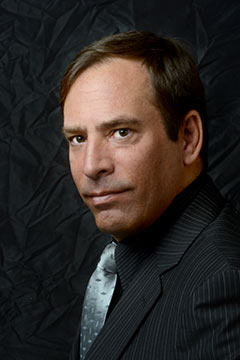 Decorated U.S. Marine veteran and founder of TaylorMade Software, J.T. is known as the “go-to guy” to get things done. For his work as a civilian contractor responsible for reverse engineering and developing counter measures against IEDs during operations in Iraq and Afghanistan, he received commendations from both the United States and the United Kingdom, including the Commander’s Award for Civilian Service, the fourth highest U.S. civilian honor.

With degrees and careers in both electronics and linguistic cryptography for the U.S. government, he finished his graduate work in mathematics at the University of Central Florida, entering into software as an actuarial programmer with the insurance industry. Now known as the “.NET/Oracle Guru,” J.T. has led Delphi, .NET, and Oracle user groups, lectured at software events and taught advanced technologies at several colleges. Over the last 20 years, his primary focus has been financial, medical and government software, with a passion for analytics and reporting. J.T. is directly involved in every facet of the process.

He guides the team to deliver the highest quality product for each and every client within their budget. 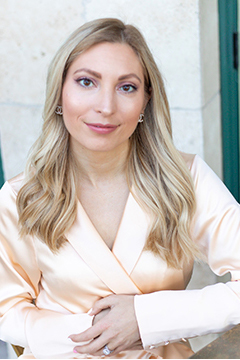 Nikki comes from a family of actuaries, CPAs, Wall Street financiers, and bankers and was raised on technology, first interning with TaylorMade during her time in high-school and college, learning every facet of the software business from accounting, sales, and back-office to database programming, and all from the ground up.

After the Army and graduating from Valencia with an Accounting AAS, and then a BS in Accounting from Western Governors University, Nikki spun up her own children’s on-line clothing fashion store, “Nicolette K. Boutique”, developing the website herself. This venture evolved into her highly successful professional blog “The Fashionable Accountant” for which she is author, editor, photographer, webmaster, and model for many of the world’s most sought after products.

She did it all as a working mom, raising and running a family while maintaining her successful accounting and finance career at Quest, Adventist Health, Florida Hospital’s Women’s Hospital and other highly respected institutions where she held the position of Staff Accountant. Nikki’s favorite saying: “Who’s going to pay for that?” 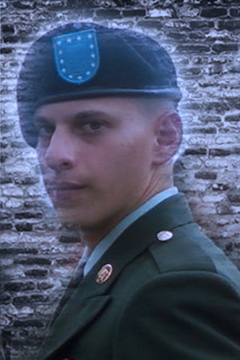 Decorated Army and National Guard veteran and graduate from the prestigious Defense Language Institute, Eli holds an AA granted by Congress in Arabic Studies. He studied for his BS in Computer Science at LSU and graduated from American Military University with a BA in Intelligence Studies.

Eli holds an active TS/SCI clearance as a Signals Intelligence Analyst military contractor, and as a 100% disabled retired veteran, and majority principal, he lends his leadership to certify TaylorMade for the government’s SDVOSB contract status.

Eli began learning to build computers and to program at an early age. Eli holds a CompTIA Security+ certification and focuses on the cybersecurity, cloud computing, and cryptography fields. Eli’s heritage has a rich background in engineering and business and will proudly take TaylorMade into the next century. Retrospective Tom is the next best thing to having a real Cyborg by your side.

Early in his career, he developed a multi-user video still library management system, successfully marketing it to Sony’s Broadcast Equipment Division. Sony sold it along with their hardware to television stations as well as the US Senate and the Defense Intelligence Agency.

A serial entrepreneur, Tom has spear-headed several start-ups, including banking systems and their IT infrastructure for Business Lender’s Inc. and a “shrink wrapped” sales force automation tool for Thumb’s Up Software, for which he was President. Tom has focused in financial and medical software for such clients as Merrill Lynch and various medical practices, but is best known as the expert in building server and network infrastructures to optimally support their software systems and security.

Tom has focused in financial and medical software for such clients as Merrill Lynch and various medical practices, but is best known as the expert in building server and network infrastructures to optimally support their software systems and security. Paul is a certified Oracle and SQL Server professional DBA and Developer with a B.S. in Computer Science from the University of South Florida and an M.B.A. from the Florida Institute of Technology.

Paul lives and breathes data be it SQL Server, Oracle, Informix, DB2 and how to make it sing with .NET and other application programming languages such as C++.

Paul’s focus has been primarily the military/government sector including Martin Marietta, Northrup Grumman and the U.S. Army. Paul teaches advanced programming and database courses at Valencia Community College and was President and Treasurer of the Central Florida Oracle Users Group.

He specializes in updating legacy code into current Web and mobile solutions with Xamarin. 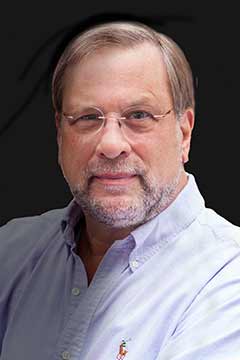 Bill has over 25 years of experience in various aspects of the computer industry. He is a past member of the Microsoft Consultant Relations Program and Hewlett Packard Developers Program, as well as the author of numerous articles on computing and telecommunications. Based upon his work for Scour.com, a competitor of peer-to-peer (P2P) pioneer Napster, he was selected as one of three contributing authors for a book on ASP/P2P technologies and business models published by O’Reilly & Associates.

Bill has participated in far ranging projects, from the development of business systems for the California Fair Plan and the States of Kansas and Louisiana to the creation of a facial motion capture system for the Walt Disney feature production of “A Christmas Carol” to consulting on Hollywood’s computer hacking classic “War Games”. Most recently, drawing on his skills as a licensed private pilot of over 30 years, he directed and developed field tests for an innovative unmanned air vehicle ground control software system for AeroVironment, Inc., a major supplier of small drone aircraft to the United States military, and developed software for the Nuclear Power Plant industry for Enablinx 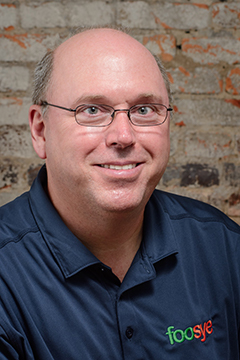 When Willie Wonka said “we are the music makers and we are the dreamers of dreams” he meant Tom Geiger. Tom is a graduate with a BSEE from the prestigious New York University – Polytechnic School of Engineering, with an illustrious career in software engineering. Tom’s focus is web and mobile application development, and he can whip up a PoC on-the-spot in a business meeting to close a deal.

Tom has his name on patents pending and has been a serial entrepreneur creating such start-ups and products as the Foosye mobile app for the Food Truck industry, InfoStrength for FDA compliance, and PeopleBuilders for the non-profit sector. Tom has even won first place in software programming competitions. And yet, his humble and friendly demeanor keeps him accessible easy to work with.

We’re an elite unit of high-performing, cross-trained, software professionals, who’ve leveraged each other’s strengths for years. If Seal Team Six were geeks, you would have us—we thrive on challenge. Make us your team.